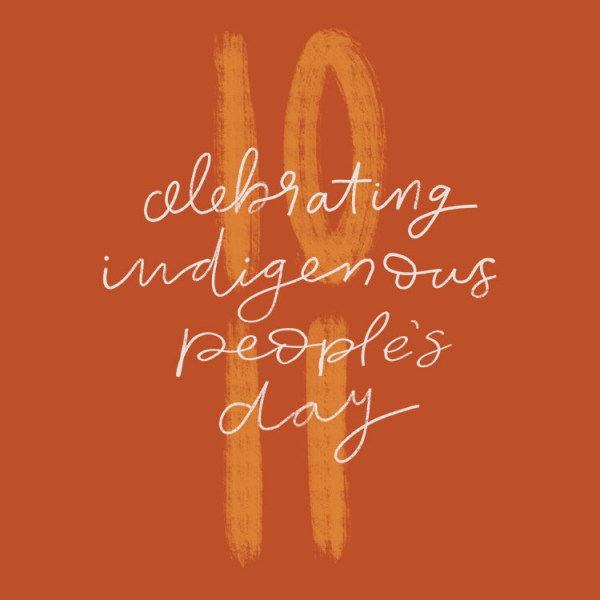 Indigenous Peoples’ Day honors Native American history and recognizes the communities of people who are native to American lands. The holiday is observed in 14 states and more than 130 U.S. cities. Originally recognized as Columbus Day, many state and local governments are now reframing the holiday to more accurately reflect the history of Native communities in the U.S., starting with the popular misconception that Christopher Columbus discovered America.

There are 574 federally recognized and 63 state-recognized Native American tribes in the U.S. that span across more than 56 million acres and 326 land reservations. Federally recognized Native American communities are, by law, viewed as their own nations and maintain their own systems of self-government. Indigenous Peoples’ Day is a time to reflect on the storied, robust experience of Native people on their own land, from the brutal truths of European infringement to the current fight for civil rights and fair land use.

The Evolution of Indigenous Peoples’ Day

Before there was Indigenous Peoples’ Day, there was Columbus Day. Our early school curriculum taught most of us that Christopher Columbus sailed the Atlantic Ocean in the late 1400s and “discovered” what we now know as America. The first Columbus Day celebration was in 1792, 300 years after Columbus arrived. In 1934, Franklin D. Roosevelt declared Columbus Day a national holiday.

Beginning in 1977, the United Nations began a push to recognize the second Monday in October as Indigenous Peoples’ Day instead of Columbus Day. Those early discussions about changing the name of the holiday hinged on the historical fact that Native peoples were the first inhabitants of the Americas and that already inhabited land cannot be “discovered.” It took a few decades to pick up steam, but more U.S. states and cities have recently recognized Indigenous Peoples’ Day. South Dakota was the first state to recognize it in 1990, and 13 additional states have followed suit since then, with Virginia being the most recent.

The reclamation of Indigenous Peoples’ Day is a controversial topic. While the push for changing the name of the holiday takes place, U.S. cities have also started removing Christopher Columbus statues and monuments. For some, these unwelcome changes are an erasure of history. While it can’t be denied that Columbus has his place in U.S. history, the true erasure is that of the violence and destruction that Native tribes experienced by Columbus and his companions—facts that are often left out of academic and cultural conversations.

For others, Indigenous Peoples’ Day is an opportunity to reflect on history more fully and accurately while honoring all Indigenous peoples. The legacies and contributions of Indigenous peoples are often forgotten—if they are known at all—and Indigenous Peoples’ Day gives visibility back to the communities of people who were here, literally, at the beginning. The day is also important because it directs society’s attention to the experiences of Indigenous communities today. A 2015 study found that 87 percent of references to Native Americans in U.S. school curricula were in contexts that pre-date 1900, essentially ignoring the existence of current Native communities. With more than half of Native American families reporting financial hardship, many experiencing deficiencies in health care and education, battles with governments over tribal land, and egregiously underreported instances of violence and missing persons, it’s a simple yet critical step to place the attention of this holiday back on the communities that are still here and are in the most need.

How to Celebrate Indigenous Peoples’ Day

As more states and local communities recognize the day, the number of celebrations increases each year! Some states dually recognize Indigenous Peoples’ Day and Columbus Day, both of which are national holidays that require government offices and buildings to close.

In our pandemic world, many celebrations are hosted virtually, including expert discussions hosted by universities and museums. Some cities host marches and parades that include Native dress, music, and traditional ceremonies. Here are a few other ways to celebrate Indigenous Peoples’ Day:

Celebration, reflection, and appreciation for Native communities shouldn’t end when Indigenous Peoples’ Day is over. The most lasting way to honor the legacies of Native peoples and hold space for needed changes in present-day Native communities is to continue the conversation. Enlightenment is a continuous journey—one that humanizes experiences that are different from our own and creates opportunities to build from foundations of understanding and togetherness. Indigenous Peoples’ Day is only one day of official recognition, so expanding our knowledge about Native communities on a regular basis will allow us to write a new, more inclusive history that will be truly deserving of celebration for years to come.